Tencel is a kind of lyocell fiber. Tencel is also called lyocell in China. Its main raw material is wood pulp fiber. After physical processing, Tencel has many different types of fabrics. Cotton has similar characteristics and can be used as a substitute for real silk, suitable for making T-shirts, cardigans and other clothes. The following will popularize the characteristics of Tencel fabrics. 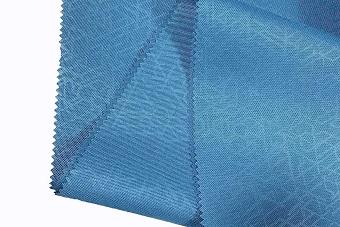 Tencel has similar hygroscopicity to cotton, but the strength of the fiber is much higher than that of cotton. The fiber is not easy to break after being stretched by external force, and the washing stability of the fabric is also very good. After washing, it will not appear as pure cotton. In the case of shrinkage, the appearance of Tencel has made up for the defects of pure cotton. Tencel has a better luster than cotton, soft and elastic, and the price of the fabric is similar to that of pure cotton.
However, Tencel fabrics are prone to hardening after being worn for a long time. Tencel fabrics are more likely to be damaged after hardening. In addition, the wear resistance of Tencel itself is not good, so try to avoid friction when wearing Tencel clothes.

PREV：What are the introductions of Tencel fabrics?
NEXT：What is the difference between yarn-dyed fabric and dyed fabric?