Home / News / What are some fabrics that often appear in backpacks?

What are some fabrics that often appear in backpacks?

The following is a brief introduction to some fabrics that often appear in backpacks:
1. CORDURA
It is a kind of fabric invented by DuPont. It has the functions of lightness, quick-drying, softness and strong durability, and it is not easy to change color after long-term use. It is said that this kind of fabric will appear in two colors when viewed from different angles. Except for DuPont's company, no one else knows how to produce this kind of material. Generally, it is woven with Nylon. Denier is used as the strength standard. There are 160D, 210D, 330D, 420D, 600D, 900D, 1000D, etc. The higher the number, the stronger the texture and the thicker the texture. Generally 160D to 210D are used on clothes or as the lining of general outdoor bags. This material has a coating on the reverse side, and normal rain will not soak the material.

2. KODRA
KODRA is a fabric produced in Korea. To a certain extent, it can replace CORDURA. It is said that the inventor of this fabric originally wanted to study how CORDURA was spun, but finally did not research it out, but invented a new fabric, this is KODRA. This fabric is generally woven with Nylon, and the fiber degree is also used as the strength standard, such as 600D and 1000D. The reverse side is coated, similar to CORDURA.
3. OXFORD
The warp yarn of Oxford is woven by two strands, and the weft yarn is relatively thick. The weaving method is one up and down, which is a very general weaving method. Generally 210D, 420D material. There is a coating on the reverse side. Used as the lining or compartment of the bag.

4.HD
HD is the abbreviation of High Density, meaning high density. Look at the fabric and OXFORD is similar. Generally 210D, 420D, usually used as the lining or compartment of the bag. There is a coating on the reverse side.

5.R/S
R/S is short for Rip stop. This fabric is nylon with small squares. Its toughness is stronger than normal nylon, and the outer squares on the fabric are made of thicker threads. The middle of the square is woven with very thin threads. Generally there are 300D, 330D, 450D, etc., which can be used as the main material of backpacks, such as large noodles, outer pockets and other parts. There is a coating on the reverse side.

6.Dobby
Dobby's fabric seems to consist of many very small grids, but if you look closely, you will find that it is woven from two kinds of threads, one thick and one thin, and the lines on the front and back are different. There is generally very little coating. The strength is much worse than Cordura, generally only used in leisure bags or short-distance travel bags. Don't use it on the hiking bag.

7.VELOCITY
VELOCITY is also a nylon cloth. The intensity is high. It is also generally used on mountaineering bags. There is a coating on the reverse side. There are 420D or higher strength. The front of the fabric looks a lot like Dobby.

8. TAFFETA
TAFFETA is a very thin coated fabric, and some are coated more than once, so the waterproof performance is better. Generally not the main fabric of the backpack, but only the raincoat or the rain cover of the backpack.

9.Poly PU
Generally use Poly instead. Poly density is generally 64t (low), 74t (medium), 82t (high). The strength of the fabric is getting stronger and stronger from 150D to 1800D. Generally, the high strength of 600D can be used as the bottom of mountaineering bags, but its textile method is not as strong as CORDURA. 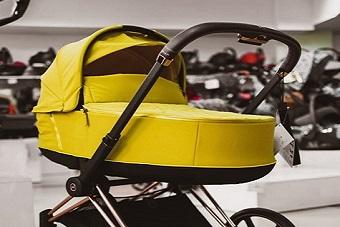 PREV：What are the relevant introductions of luggage materials?
NEXT：How to remove mildew on the fabric?